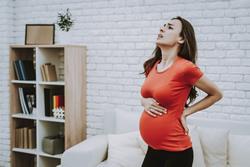 Many women tend to experience heartburn symptoms when they are still carrying their babies, and this happens for several reasons.

One of these is the increase of hormones in the women’s body while they are pregnant. The occurrence of this will result in softening the ligaments which function is to keep the lower esophageal sphincter (LES) firmly closed. When the LES rests at unsuitable periods, the tendency is, this will let the gastric acid and food to reflux back into the esophagus and throat.

One more reason for experiencing heartburn during pregnancy is because the changes in the body and the development of the baby creates more pressure in the women’s stomach. Therefore, the stomach contents are forced right into the LES, and then to the esophagus.

However, there are several methods that a pregnant woman can observe to lessen the discomfort brought by heartburn. The following are good advice, although this may not remove the heartburn totally: