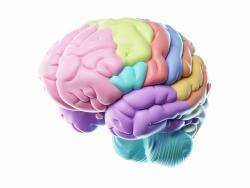 Deficits in perception and production of vocal pitch are often observed in people with autism spectrum disorder (ASD), but the neural basis of these deficits is unknown.

In magnetoencephalogram (MEG), spectrally complex periodic sounds trigger two continuous neural responses—the auditory steady state response (ASSR) and the sustained field (SF). It has been shown that the SF in neurotypical individuals is associated with low-level analysis of pitch in the ‘pitch processing center’ of the Heschl’s gyrus. Therefore, alternations in this auditory response may reflect atypical processing of vocal pitch. The SF, however, has never been studied in people with ASD.

In agreement with the previous research in adults, the cortical sources of the SF in children were located in the left and right Heschl’s gyri, anterolateral to those of the ASSR. In both groups, the SF and ASSR dominated in the right hemisphere and were higher in the hemisphere contralateral to the stimulated ear. The ASSR increased with age in both NT and ASD children and did not differ between the groups. The SF amplitude did not significantly change between the ages of 7 and 12 years. It was moderately attenuated in both hemispheres and was markedly delayed and displaced in the left hemisphere in boys with ASD. The SF delay in participants with ASD was present irrespective of their intelligence level and severity of autism symptoms.

We did not test the language abilities of our participants. Therefore, the link between SF and processing of vocal pitch in children with ASD remains speculative.

Children with ASD demonstrate atypical processing of spectrally complex periodic sound at the level of the core auditory cortex of the left-hemisphere. The observed neural deficit may contribute to speech perception difficulties experienced by children with ASD, including their poor perception and production of linguistic prosody.