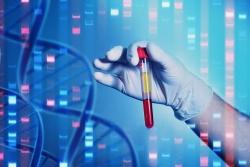 This study aimed to explore whether lncRNA taurine upregulated gene 1 (TUG1) participates in the process of VCI by regulating BDNF.

The expressions of TUG1 and BDNF in the serum of VCI patients were detected. The potential molecular mechanisms of TUG1 in regulating hippocampal neuronal apoptosis were explored in oxygen and glucose deprivation-induced (OGD-induced) hippocampal cell line HT22. The VCI mouse model was established, and TUG1 and BDNF were overexpressed via lentivirus injection. The cognitive impairment of mice was detected by the Morris water maze experiment after the aerobic exercise.

The level of TUG1 was elevated in the serum of VCI patients compared with the control group. The knockdown of TUG1 in OGD-induced HT22 cells increased BDNF level and decreased cell apoptosis, and the downregulation of BDNF restored the decreased cell apoptosis. RNA immunoprecipitation and RNA pull-down assays showed that TUG1 could bind to BDNF protein. The aerobic exercise alleviated cognitive impairment and inhibited hippocampal apoptosis in VCI mice. Meanwhile, the overexpression of TUG1 reversed the therapeutic effects of aerobic exercise on cognitive impairment.

The knockdown of TUG1 reduced hippocampal neuronal apoptosis and participates in the aerobic exercise-alleviated VCI, which was partly through regulating BDNF.