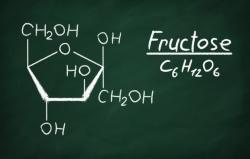 Officially, the Food and Drug Administration (FDA) has recognized HFCS as safe. However, despite the “oh-so common” use of HFCS in several industries and even at a personal level when it comes to consumers, issues have been raised regarding the relative safety of that sugar substitute and its potential implication in cardiovascular diseases. Some critics even believe that High Fructose Corn Syrup is more harmful than normal sugar.

Despite the FDA approval of this sugar substitute, researchers still found a way to prove that excessive consumption of HFCS could be detrimental to health. For instance, it has been argued that HFCS can contribute to weight gain in people who are on a diet, by altering normal appetite. Alongside with that, a continuous consumption of fructose (especially from HFCS) has been associated with the development of metabolic syndrome; a medical state that could potentially increase one’s risk of developing diabetes and cardiovascular diseases. When fructose is absorbed in the body, it is converted into glucose. Henceforth, increase fructose ingestion leads to a tremendous increase in blood glucose, which could worsen the symptoms of Diabetes Mellitus in diabetic patients. Through the same process, high levels of glucose could increase insulin resistance, cause the liver to overwork and contribute to the development of non-alcoholic fatty liver disease (which could be reversible if the fructose ingestion is diminished and eventually stopped). Other researches have shown that through the same mechanism, High Fructose Corn Syrup could lead to kidney stones formation; especially in the middle-aged and elderly population.

Furthermore, HFCS could be an important source of inorganic mercury; which can lead to health problems that could affect the nervous, digestive and immune systems. However, the possibility of occurrence of these problems will depend on the dose and the level of exposure to mercury.

Lastly, there seems to be a strong correlation between high fructose consumption and the formation of glycation end products; which in turn have a role to play in the complications of diabetes.

Despite knowing how dangerous the consumption of High Fructose Corn Syrup could be for our health, avoiding that sugar substitute might not be an easy task. In fact, the consumption of HFCS has tremendously increased in the USA, alongside with the rate of obesity and other metabolic diseases that result from poor diets and unhealthy lifestyle habits. HFCS has become a natural part of commonly purchase products such as jam and jellies that we generally have for breakfast, cookies and sweet crackers, dairy products, canned fruits as well as sweetened soft drinks.

One of the main ways we can decrease our consumption of High Fructose Corn Syrup is by: