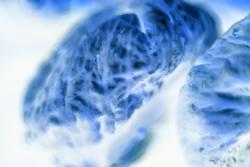 Testicular cancer is the number one malignancy in men who are in the prime ages of twenty to thirty-four. Although this only translates to a mere one percent of malignant cancers in males, it is also the primary cause of cancer mortality in men of the mentioned ages. If you are concerned about your risks for incurring this type of cancer, read on to find out more about this lesser-known condition.

Testicular cancer is a malignancy which develops within either or both male testicles; if it is detected at the early stages, there is a high cure and recovery rate with the proper treatments. The testicles produce testosterone and sperm, the latter being the male reproductive agent. The testes are composed of a variety of cell types, and every one of these possesses the capability of developing into a type or several types of cancer. However, there are two basic kinds of malignancy – seminomas and non-seminomas. About half of all cases are classified as the former; the rest may be a combination of a variety of other malignancy types, such as yolk sac tumors or embryonal carcinoma. Some tumors also contain both types of malignancies.

Though there is presently no established cause for testicular cancer, there are conditions which can increase your risk for obtaining it. An undescended testicle is one such case wherein the testicle is unable to normally descend to the scrotum from the abdomen. A rare condition called Klinefelter syndrome, wherein the male possesses as many as four X chromosomes instead of the usual XY pair, can also be attributed as a contributor to testicular cancer. And if the malignancy runs in the family, your chances for inheriting the risk are also increased.

Males who usually bear such a malignancy may experience variations in the size and feel of either or both testicles, and there may or may not be any sensations of pain involved when the area is touched. The scrotum may also feel heavy, and the sensation is accompanied by a persisting numbness or a painful pressure in the small of the back, the abdomen, and in the groin area.

Testicular cancer is usually self-examined, or it may be detected during a thorough physical examination with a doctor. If a malignancy is indeed present, other tests may be conducted to determine if it has spread to the surrounding areas, either through ultrasound imaging or CT scans. Treatment is advised immediately after detection, with surgery being the most viable option. The testicle which contains the malignancy is removed through a procedure called radical inguinal orchiectomy. This allows the doctor to determine which malignancy types the patient possesses, and enables him to arrange an appropriate treatment plan. Post-surgery treatment options may involve chemotherapy medication or radiotherapy; the latter is usually employed to treat seminomas, or used in an effort to eradicate the remnants of the malignancy. The technique is also beneficial in treating cancer cells which have spread away from the testicles. After this period, the patient may be advised to wait for a certain period to determine the effect of the treatment, and further recourse is employed accordingly after such time.