Which Foods Can Increase Your Cancer Risk 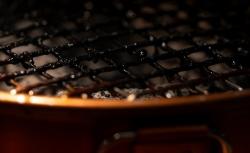 Cancer is a horrible disease that is responsible for over 7 million deaths every single year. While it’s not known exactly what causes cancer, diet is believed to have a large influence on this disease and the latest research suggests that up to a third of all cancers are caused by a poor diet. In this article I’m going to be taking a deeper look at the ingredients in food which can increase your cancer risk and listing the types of food you should avoid if you want to protect yourself against this nasty disease.

Which Ingredients In Food Can Increase Your Cancer Risk?

There are many ingredients in food which can increase your cancer risk. This list below highlights four of the worst:

1) Acrylamide: Acrylamide is a chemical compound that’s formed when starchy foods are fried at high heats. It is a known carcinogen (a substance that significantly increases cancer risk) in rats and is believed to have the same effect on humans.

2) Sodium Nitrite: Sodium nitrite is a chemical compound that’s added to many processed meats. The sodium nitrite itself doesn’t increase your cancer risk but when you eat it, your body converts it into the carcinogen – nitrosamine.

3) Sugar: Sugar isn’t believed to cause cancer directly but it does give cancerous tumors the energy they need to grow and can therefore accelerate the rate at which cancers develop and increase the damage they cause.

Which Types Of Food Should You Avoid To Protect Against Cancer?

Now that you know which ingredients in food can increase your cancer risk, the key is to avoid the foods that contain high levels of them. As a general rule, highly processed, unnatural foods contain large amounts of these carcinogenic ingredients and the list below highlights some of the worst offenders:

1) Fried Foods: Fried foods such as burgers and French fries are loaded with acrylamides and trans fats. By cutting them out of your diet, you remove these two cancer causing ingredients from your diet and make yourself much less likely to contract cancer.

2) Processed Meats: Processed meats are full of sodium nitrite. In addition to this, they’re often fried (which adds acrylamides to the list) and also contain added sugar and trans fats. By eating healthy, natural meats instead, you get the same great taste but avoid these cancer causing ingredients.

3) White Flour & Sugar Based Foods: Cakes, chips, cookies, crackers, white bread, white pasta and the vast majority of other white flour and sugar based foods contain large amounts of sugar and trans fats. By eating healthy, natural snacks (such as fruits, nuts and vegetables) instead, you can lower your intake of these carcinogenic ingredients and also load up on plenty of cancer fighting nutrients.

As you can see, what you put into your body has a large influence on your cancer risk. So if you’re a junk food addict or can’t go a day without sugary treats, now is the time to make some changes. If you ditch the processed foods, stock up on healthy, natural foods and get a little creative in the kitchen, you can come up with some really tasty meals and protect yourself against cancer at the same time.