The Relationship Between Hormones and Depression 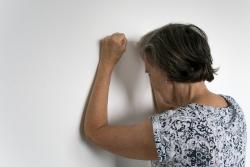 For a long time now, a variety of studies have been completed to analyze the root causes of depression, including how they are different in men and women. One of the earliest accounts of such would be from Charles Dickens, as published in his journal called Household Words. His findings are based on St. Luke’s Hospital for the Insane and he notes that gender has a role in depression and in a variety of other mental problems. In recent years, more researches have been conducted and have proven that depression is not a universal case and that each person, specifically on the basis of gender, have varying ways to deal with such. Among other things, it is the hormones that are responsible for depression and its treatment.

Differences in Depression on the Basis of Gender

In a nutshell, the following are some of the most noticeable differences when it comes to depression in men and women, asserting that the hormones are the ones responsible for such:

The Role of Hormones

As it has been mentioned, one of the main reasons on the differences between a depressed man and a depressed woman would be their hormones. In the case of women, there are generally three hormones responsible for such. One would be estrogen, which is basically responsible for being able to boost serotonin. The latter plays an important role in emotions. When the level of serotonin is high, the level of estrogen is also high and this results into a more positive emotion. On the other hand, when such is on a low level, there is a greater likelihood of being depressed. When a woman is pregnant, the level of estrogen is high and this improves mood. On the other hand, after giving birth, estrogen suddenly drops, and this is one of the most logical explanations why they commonly experience post-partum depression. More so, during pre-menstruation, the estrogen level is also low, which leads into mood disorders.

Progesterone is also another hormone that assumes a critical role in depression amongst women. It helps to keep the estrogen balance, which, in turn, will promote better sleep to avoid being stressed and depressed. This hormone also increases libido amongst women, which has been touted as an effective neutralizer of depression. When the level of progesterone is unfavorable, insomnia is most likely to happen, which can trigger feelings of depression.

Lastly, cortisol is another female hormone that can affect depression. If the level of this hormone is way above or below the average, depression is most likely to happen. When it is high, aside from depression, cravings for sugar and weight gain, specifically on the belly, can be apparent. On the other hand, when it is minimal, fatigue, lack of sex drive, and stress can be experienced.

When women enter the menopausal stage, depression becomes a bigger problem. Several studies have claimed that the symptoms of depression are at their most severe in about three years before menstruation ceased. This is a period that is known as menopausal transition, which is again because of hormonal imbalances. Nonetheless, while changes in hormones can be considered as the main culprit for depression experienced during this point at one’s life, it is not all that is to be blamed. This can also be triggered by sadness brought about by the fact that children are already having their own lives and can also be enhanced by medical conditions, such as in the case of thyroid dysfunction.

Any woman who experiences feelings of depression, which can be worse when accompanied with suicidal thoughts, should seek for medical help. This can be instrumental in the provision of various treatment options to correct hormonal imbalance, and in the end, positively affect mood.