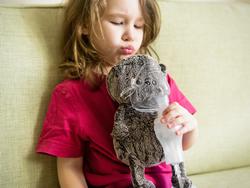 An estimated 50% of children in the US are Medicaid-insured. Some of these patients have poor health literacy and limited access to medications and specialty care.

These factors affect treatment utilization for pediatric patients with atopic dermatitis (AD), the most common inflammatory skin disease in children. This study assesses and compares treatment patterns and healthcare resource utilization (HCRU) between large cohorts of Medicaid and commercially insured children with AD.

Pediatric patients with AD were identified from 2 large US healthcare claims databases (2011–2016). Included patients had continuous health plan eligibility for ≥6 months before and ≥12 months after the first AD diagnosis (index date). Patients with an autoimmune disease diagnosis within 6 months of the index date were excluded. Treatment patterns and all-cause and AD-related HCRU during the observation period were compared between commercially and Medicaid-insured children.