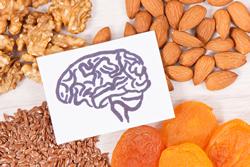 Fibromyalgia is a mysterious disorder that impacts around 5% of the world’s population and leads to significant pain and fatigue in sufferers. Currently, the exact cause of fibromyalgia is unknown but the available research suggests that making positive lifestyle choices is one of the best ways to negate the unpleasant symptoms and treat this disorder. In this article I’m going to be taking a closer look at how diet affects fibromyalgia and discussing how consuming more minerals can help you overcome it.

Which Minerals Have A Positive Impact On Fibromyalgia?

The minerals have numerous roles in your body and consuming a diet that’s full of mineral rich foods has countless benefits. However, when it comes to fibromyalgia, certain minerals are more effective than others at managing the pain and treating the disorder. The list below highlights four of the best minerals for treating fibromyalgia and explains why they are so effective:

2) Iron: This articlediscusses a study from the European Journal Of Clinical Nutrition which was published in March 2010 and discovered that women with fibromyalgia had lower levels of iron in their blood than healthy women. The researchers suggested that since iron is used to produce pain relieving hormones such as dopamine and serotonin, iron deficiency may contribute to the development of fibromyalgia and consuming more iron could help treat it.

4) Zinc: This article highlights a number of studies which have looked into the relationship between zinc and fibromyalgia. The results of these studies showed that people with fibromyalgia tend to have lower levels of zinc in their body and also that zinc deficiency can reduce pain tolerance and therefore make fibromyalgia more painful for sufferers. This suggests that increasing zinc consumption can minimize the pain experienced by fibromyalgia suffers and possibly treat the disorder.

What Are The Best Food Sources Of These Minerals?

The four fibromyalgia fighting minerals listed aabove can be found in a wide variety of foods and if you stick to a diet that’s rich in natural, unprocessed foods, you should have no problems increasing your intake of them. However, if you’re struggling to find foods that contain these minerals, give the four foods listed below a try:

1) Almonds: Almonds are one of the top food sources of magnesium around with a 35g serving packing 98.7mg of this mineral. Not only do they make a great snack but they can also be used to add a crunchy texture to most hot meals.

2) Oysters: Oysters are most famous for being an aphrodisiac but they’re also loaded with fibromyalgia friendly minerals. A serving of six medium sized oysters contains 5.9mg of iron, 39.5mg of magnesium and 76.3mg of zinc.

3) Spinach: Spinach is packed full of all four of the fibromyalgia preventing minerals listed above with a cup of this green, leafy vegetable containing 244.8mg of calcium, 6.4mg of iron, 156.6mg of magnesium and 1.7mg of zinc. It’s highly versatile, can be eaten with almost any meal and makes a great addition to salads, hot meals and more.

4) Yogurt: Yogurt is a thick, creamy snack and a fantastic source of both calcium and zinc. A single cup serving contains an impressive 448.4mg of calcium and 2.2mg of zinc. It can be eaten on its own or with a selection of your favorite fruits if you want to add a sweet twist.

Not only are the minerals discussed in this article a great way to boost your health but they’re also one of the best ways to manage the pain associated with fibromyalgia. So if you’re not having any luck with pain killers and your diet is lacking in minerals, start making some changes today and begin treating your fibromyalgia naturally with these minerals.