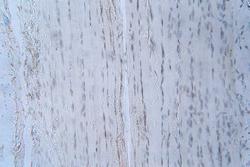 Muscle tissue is characterized by properties that allow movement. Muscle cells are excitable; they respond to a stimulus. They are contractile, meaning they can shorten and generate a pulling force. When attached between two movable objects, in other words, bones, contractions of the muscles cause the bones to move. Some muscle movement is voluntary, which means it is under conscious control. For example, a person decides to open a book and read a chapter on anatomy. Other movements are involuntary, meaning they are not under conscious control, such as the contraction of your pupil in bright light. Muscle tissue is classified into three types according to structure and function: skeletal, cardiac, and smooth.

Comparison of Structure and Properties of Muscle Tissue Types

Skeletal muscle is attached to bones and its contraction makes possible locomotion, facial expressions, posture, and other voluntary movements of the body. Forty percent of your body mass is made up of skeletal muscle. Skeletal muscles generate heat as a byproduct of their contraction and thus participate in thermal homeostasis. Shivering is an involuntary contraction of skeletal muscles in response to perceived lower than normal body temperature. The muscle cell, or myocyte, develops from myoblasts derived from the mesoderm. Myocytes and their numbers remain relatively constant throughout life. Skeletal muscle tissue is arranged in bundles surrounded by connective tissue. Under the light microscope, muscle cells appear striated with many nuclei squeezed along the membranes. The striation is due to the regular alternation of the contractile proteins actin and myosin, along with the structural proteins that couple the contractile proteins to connective tissues. The cells are multinucleated as a result of the fusion of the many myoblasts that fuse to form each long muscle fiber.

Cardiac muscle forms the contractile walls of the heart. The cells of cardiac muscle, known as cardiomyocytes, also appear striated under the microscope. Unlike skeletal muscle fibers, cardiomyocytes are single cells typically with a single centrally located nucleus. A principal characteristic of cardiomyocytes is that they contract on their own intrinsic rhythms without any external stimulation. Cardiomyocyte attach to one another with specialized cell junctions called intercalated discs. Intercalated discs have both anchoring junctions and gap junctions. Attached cells form long, branching cardiac muscle fibers that are, essentially, a mechanical and electrochemical syncytium allowing the cells to synchronize their actions. The cardiac muscle pumps blood through the body and is under involuntary control. The attachment junctions hold adjacent cells together across the dynamic pressures changes of the cardiac cycle.

Smooth muscle tissue contraction is responsible for involuntary movements in the internal organs. It forms the contractile component of the digestive, urinary, and reproductive systems as well as the airways and arteries. Each cell is spindle shaped with a single nucleus and no visible striations (Figure 4.18). 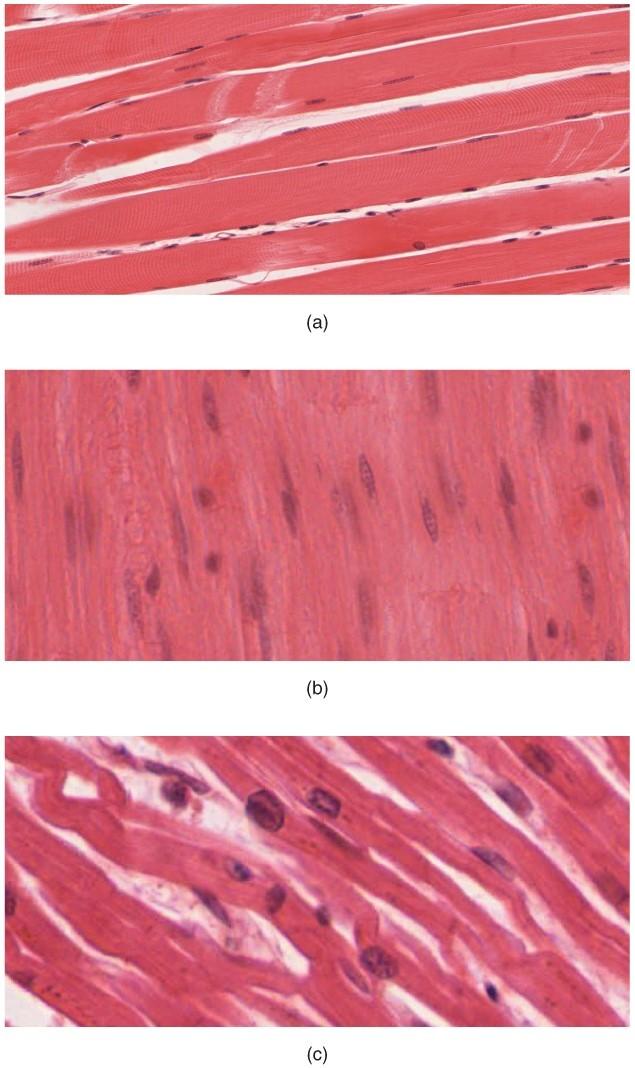