What Is a Hormonal Imbalance and What Does It Mean? 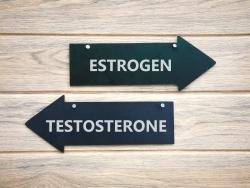 If there is one thing that most women often complain about, it would be hormonal imbalance. However, this is not exclusive to women as men also experience such, with the only difference being the fact that the hormone concerned is different. In the case of women, this is a huge predicament and often experienced, especially in time with their monthly period. Hormonal imbalance is also common during pregnancy and menopause. It is important to have a thorough understanding of what it actually is and what it means, including the treatment options that are available to eradicate its symptoms and to restore a healthier body.

A Closer Look at What It Is

Simply put, hormones are considered to be the chemical messengers in humans,and hence, any disruptions in their activities and levels will show an impact on the body in ways more than one. In the body of the woman, this would often involve estrogen and progesterone. Estrogen is basically the one that is responsible for sexual development and they are produced in the ovaries and they are dominant during the follicular stage of a menstrual cycle. Progesterone, on the other hand, is abundant during the luteal phase. As a woman ages, the ovary slows down the production of hormones in the body, and hence, causing an imbalance. More than aging, however, it can also be caused by stress, medications, birth control pills, and health problems.

If you are suffering from imbalance of hormones, one of the things that you are most likely to experience would be the breakdown of acne and the presence of other skin problems, as if like it is puberty all over again. If you notice that your acne are deep and cystic, and they do not seem to be eliminated even with the use of topical creams, it is most likely caused by androgen. This kind of hormone is the one that is responsible for the excessive production of oil, which can be considered as the culprit for your skin problems.

More so, hormonal imbalance would also mean having extreme changes of mood, especially before your monthly period. During the menopausal stage, the hormones that are responsible for the regulation of emotions fluctuate and are out of control. Estrogen is either below or above the right level. It also triggers fluctuations in the production of serotonin, which is the reason why you might feel like more emotionally sensitive.

The fluctuations in the levels of your hormones can also have a negative impact on your sex life, especially because it is often associated with decreased libido. During perimenopause, there is a decrease in the level of progesterone and dominance of estrogen, which results into lack of sex drive. This ca also lead into vaginal dryness and the lack of tension from the vaginal muscles. This explains why women in the menopausal stage often complain about their sex life.

Aside from those that have been mentioned above, your hormonal imbalance can also mean being more irritable, persistently gaining weight, lacking focus, suffering from depression, and difficulty of getting into sleep.

Relief is Within Reach

Fortunately, hormonal imbalance is not a problem without a solution. There are different treatment options that are available, which will most likely depend on the severity of the problem and its outcomes. Amongst other things, one of the most commonly recommended by medical professionals is change in lifestyle. You may be asked to modify your diet, be engaged in regular exercise routine, and have an improved sleep.

There are also medications that are available, but such should be only taken upon prescription from a medical professional. Antidepressants and synthetic hormones can be prescribed. Nonetheless, different individuals may have varying responses from this treatment option, which makes it more critical to do so only with professional supervision.

At the end of the day, the first thing that you need to do is to recognize the presence of the problem and consult with experts in order to determine how you can restore the balance of your hormones. Otherwise, you will not be only ruining your own life, but also the lives of people around you.