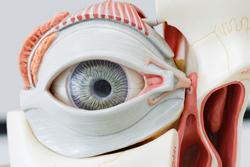 Seventy-four patients with SCA3 were enrolled in this cross-sectional study. Six types of abnormal eye movements including impaired smooth pursuit, increased square-wave jerks (SWJ), gaze-evoked nystagmus (GEN), slowing of saccades, saccadic hypo/hypermetria and supranuclear gaze palsy were evaluated by experienced neurologists. The severity of ataxia was evaluated by Scale for the Assessment and Rating of Ataxia (SARA).

An increased number of abnormal eye movement types correlated with the severity of ataxia in SCA3.