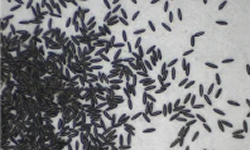 In a recent study using DNA barcoding, we identified the plants fed upon by four Afro-tropical mosquito species that vector dengue, malaria, and Rift Valley fever.

Herein, we have expanded on this study by investigating the role of three of the plants, Pithecellobium dulce (Fabaceae), Leonotis nepetifolia (Lamiaceae), and Opuntia ficus-indica (Cactaceae), on the survival, fecundity, and egg viability of the dengue vector Aedes aegypti.

We tested these effects using females that received (i) an initial three rations of blood meals and (ii) no blood meal at all. Two controls were included: age-matched females fed on glucose solution with or without an initial blood meal and those fed exclusively on blood meals. Data were collected daily over a 30-day period. The amino acid contents of Ae. aegypti guts and their respective diets were detected by coupled liquid chromatography-mass spectrometry.

Our findings highlight the central role of plant nutrients in the reproductive fitness of dengue vectors, which may impact their disease transmission potential.