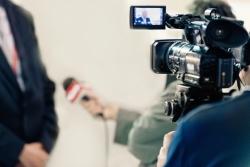 There are few subjects that offer a more heated discussion among politicians, religious leaders and the public than stem cells. These tiny cells have created a storm of fury, confusion and misunderstanding among both the professional community and the general public. Rather than simply deny the existence of stem cell therapies and research, it might be best to openly discuss the benefits and drawbacks of this controversial subject.

In general, the dissension that is heard when embryonic stem cells are mentioned comes from a religious or moral viewpoint. Because certain types of stem cells are harvested from donated embryos or aborted embryos, many people find this to be distasteful or morally wrong. The whole issue of abortion or the donation of a fetus is an issue that polarizes people.

On one side there are humans with strong views regarding exactly when life begins. Some people believe that a person becomes a person when they are conceived. Another side of this argument includes people who believe that a human is only a human after the second trimester of pregnancy. Still another viewpoint states that human life begins at birth. With all of these sides to take into account, it is no wonder that politicians and governments are hesitant to approve stem cell research.

On top of the issue regarding when life begins, the rights of an unborn child are also put into question. Many people believe that it is morally unacceptable to donate an aborted or miscarried fetus to medical research. Whether or not the remains of an unborn child should be given a funeral also comes into question. The religious questions that are raised during the discussion of stem cell research are some of the most difficult to answer.

Many people are not concerned with stem cell treatments if the cells are harvested from adults only. This seems to be the perfect answer to the controversy, but it actually generates even more arguments. Many people feel that this type of therapy is "playing God" or taking life out of "God's hands" and placing it in the hands of doctors. Still others argue that the therapy could prolong life but would only benefit the very wealthy. Or that stem cell therapy could cause greed among certain doctors and lead to stem cells collected from the poor and given only to the rich.

Although the controversial side of stem cell therapy may never be resolved to everyone's satisfaction, it is a fact that the stem cells exist. It is also a fact that the research will continue, regardless of morality, in some corner of the world. Stem cells might be hope for the future or they may become an issue so emotional that they are banned completely in medicine.