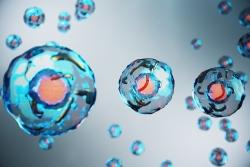 Although the issue of stem cell research is a controversial one, the results of stem cell therapies cannot be denied. Used in the treatment of many diseases in animals, stem cells have become the hopeful future of medical research.

Since the 1980s, the viability of stem cells in medicine has been a major issue in the scientific community. Successful treatments in dogs, cats, horses and other animals have offered hope to many doctors and patients for a wide range of medical options. Stem cells have been integrated into arthritis therapies using dogs and have shown a significant reduction in pain and degeneration in diseases like hip dysplasia. Many doctors believe that these treatments will be equally effective in humans.

Heart disease, cancerous tumors and diabetes cripple or kill many people each year. Stem cell therapies accomplished on animals have shown amazing results when it comes to the treatment of these diseases. Studies from major universities, including Johns Hopkins, have come to the conclusion that stem cells taken from the bone marrow of pigs can actually restore normal heart function in animals with cardiovascular disease.

Research on human test subjects, mainly through clinical trials, have been equally effective. This could mean a better quality of life for the over 8 million heart attack sufferers in the United States alone.

Stem cells are used in the treatment of diabetes in animals and have moved toward human use, as well. Diabetes causes damage to many systems in the human body and stem cells from cord blood have been recently shown to reverse even type 1 diabetes.

These cells are taken from the umbilical cord of newborn babies and are believed to be a sort of "constructor" cell. The cells, under the right conditions, can become any other type of cell within the body. This means that they can replace damaged cells and increase insulin production in patients where almost no insulin production capabilities were present.

In the treatment of cancer and even bone or ligament injuries, stem cells have shown huge potential. Leukemia, the result of abnormal leukocyte production and function, has shown significant improvement in test studies where stem cells were used to replace abnormally functioning leukocytes.

Although the future of stem cell research is not clear, the benefits seem to be irrefutable. With approval from the government, there could be some amazing medical treatments available for people all over the world.