The Relationship Between Hormones, Acne and Skin Disorders 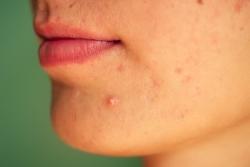 It is common for us to experience a variety of skin disorders, such as acne and pimples, among others. In one study amongst women who are above the age of 20, it has been revealed that 50% of women aged 20-29 are affected by acne, while its prevalence amongst women who are aged 40-49 is only at 25%. Aside from aging and puberty, there are tons of factors that can be blamed from such, including the pollution and the dirt that gets trapped on the surface of our skin. In some cases, if you are taking medications, its side effects can include skin disorders. Your diet can also be instrumental in such. Nonetheless, in this article, the discussions will be focused on one of the most commonly pinpointed cause of acne and other skin problems – hormones.

Link Between Acne and Period

Acne breakout amongst women is most commonly associated with menstruation. An average menstrual cycle would be 28 days and in each day, there is a different hormonal activity that can show different effects on your skin. When there is an increase in the level of progesterone, which is typically experienced on the second half of the menstrual cycle, it is common to experience swelling of the skin. More so, if you have a high level of testosterone during your period, sebum production can be increased. In some cases, this can be a good thing as this can lead into having a glowing skin. In other instances, however, this is dreaded as it leads into the increase in bacteria that cause acne breakout.

While some might think that menstrual acne is nothing but a matter of hygiene, it is a myth that should be debunked. It is more of an internal effect. This, however, does not mean that taking care of your skin is no longer necessary. The use of certain skincare products can still prove to be helpful as it can minimize the undesirable effects of changes in your hormones.

Signs That Your Hormones Are The Reason

Again, it should be pointed out that not all skin disorders are caused by your hormones. There are four key considerations that will help you determine if it is caused by hormones or by other external factors. One would be timing. In most cases, the peak of acne breakout would be a week during menstrual cycle. The location of the skin problem should be also looked at. If it is located in the jawline or beneath the cheekbones, it is most likely a result of acne. The specific appearance of the acne, specifically its shape, will also be a critical factor. If they are cystic and deep, there is a higher probability that it can be linked to your hormones. Lastly, if you have used topical treatments but they do not prove to be effective, this is one of the most obvious indications that the problem does not originate from the surface of the skin but internally, which means it is because of hormonal imbalance.

What Can Be Done

If you are worried that your skin disorder is a result of hormonal imbalance, it would be best to seek help from an expert. While most would run to their dermatologist, an ob-gyn can be more useful. Hormonal testing can be done to properly determine the root cause of acne, especially if it is accompanied by excessive facial hair, abnormal menstrual period, and deeper voice than normal. You may need to evaluate the birth control method you are using and see if it is a reason for the problem. There are some birth control methods that can be blamedfor such, but it is hard to generalize in the absence of professional consultation. In most cases, just a few modifications with your lifestylemay be effective. Increasing intake of vegetables andfruits that are good for the skin can be suggested. There are also oral contraceptives and topical retinoid that may be prescribed, specifically those that are approved by the FDA. At the end of the day, keep in mind that there is no one-size-fits-all approach in the treatment of acne that results from hormonal imbalance. Each treatment approach should be tailor-fitted to the needs of the individual.