Into the composition of the thoracic portion of the skeleton, enter the sternum and ribs, which are proper and peculiar to it, and the Vertebrae, which are common to it and other parts. 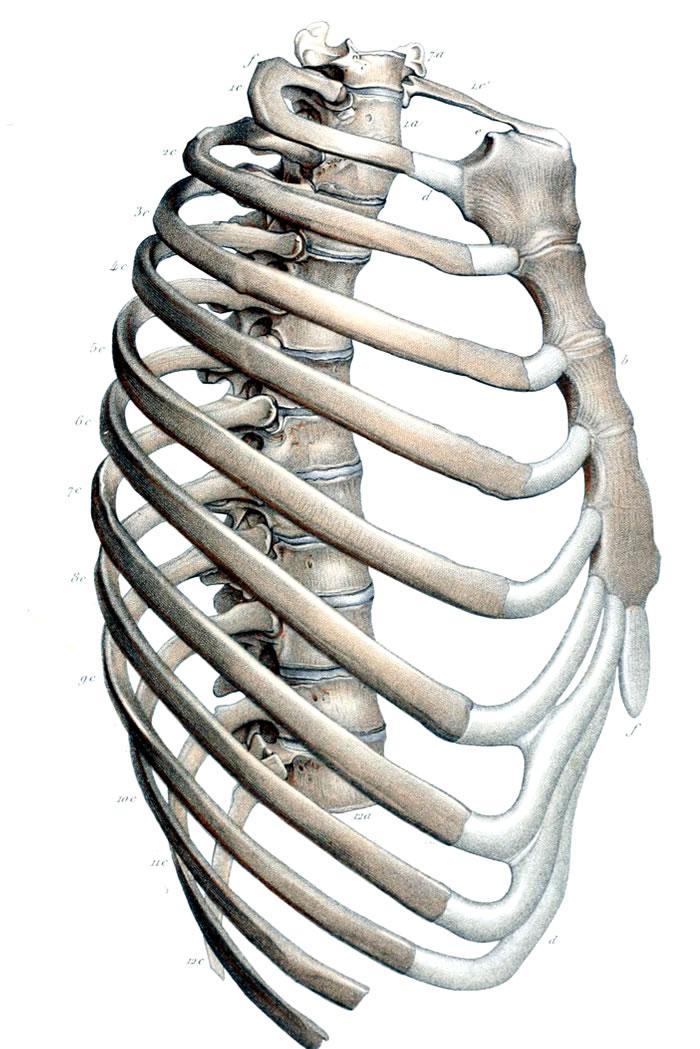 Anatomy of the ribs and their cartilages

The ribs extend from the dorsal portion of the vertebral column to the sternum, forming arches, which enclose the lateral parts of the thorax. They are usually twelve in number at each side, but cases occasionally occur in which the number is augmented by the addition of a cervical or a lumbar rib, to which reference has already been made in describing the vertebras of those regions. The number may also be diminished to eleven. I have lately seen an instance in which this diminution was accompanied with the absence of a dorsal vertebra. The seven superior pairs, which are united by means of cartilaginous prolongations to the sternum, are called sternal or true ribs; the remaining five, which are not prolonged to the sternum, being denominated asternal or false ribs.