The Basis of Stem Cell Treatments 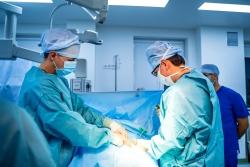 With all of the controversy surrounding stem cell research and its applications, it is surprising how little is known about the actual treatments that may be provided with stem cells. The use of stem cells in the treatment of human disease has become a major topic in the scientific research and medical community. What the stem cells may accomplish and how they will benefit mankind are questions that many scientists are seeking answers for right now.

Stem cells have many possible applications in the future. Scientists believe that once the secrets of these cells have been unlocked, they may be the key to extending life and healing the body. In cardiovascular health news, stem cells have become a hot topic. Research accomplished using patients who are having open heart surgery has shown that the cells may possible help to regenerate cardiac tissue.

Previously, damage done to the heart has been considered to be completely irreversible. Cardiac disease is one of the leading causes of death, especially in the United States. Doctors using stem cells during cardiac surgery are studying the effects of these cells on the creation of new pathways for the circulatory system. It is believed that stem cells may aid in the production of new blood vessels and the healing of damaged heart muscle.

For people suffering from diabetes, stem cells are the hope of the future. In many cases, diabetic patients have a pancreas that no longer functions correctly. It is believed that stem cells might be used to create new cells within the pancreas. These cells would function normally and possibly reverse the disease. They might also help increase the flow of blood to limbs that are affected with peripheral vascular disease, a common symptom of diabetes and heart disease.

For research, stem cells may replace human tissues in the testing phase of new medications and new tumor therapies. It is thought that tumors created from stem cells could be used to test drug therapies in cancer treatments. This would allow for a much more rapid testing process.

Finally, stem cells could possibly be used to generate new organs. In an age when organ replacement is a preferred therapy for many diseases, stem cells could be the perfect solution for a lack of donor organs. If the cells can be induced to form new organs, there will be no need for long waiting lists for organ replacements. Liver and lung transplants could be tailored to suit each patient without waiting for a perfect donor match. Stem cells might even allow the replacement of body parts lost due to accident or injury. The future of stem cell research is unclear but the applications might possibly be endless.