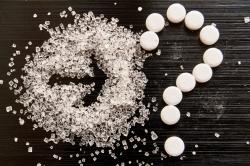 Artificial sweeteners and sugar substitutes have always been a topic of controversy in the medical world. When it comes to their safety and use, opinions diverge as to whether or not they are truly as safe as they claim to be.

Countless researches have been made to underline the risks associated with the use of artificial sweeteners, but with every new attempt to pinpoint their flaws, the FDA has proved us wrong. At the end of the day, consumers are left perplex and confused as to whether or not using artificial sweeteners is truly safe for them. In this article, we are going to present to you what has been said regarding sugar substitutes, and present some reasons why you should consider reducing them from your diet.

What is the Food and Drug Administration’s Position on Artificial Sweeteners?

The FDA supports the use of artificial sweeteners. As a matter of fact, the FDA has approved 5 main sugar substitutes. These are: Acesulfame potassium (commonly known under the trade name Sunett), Aspartame (NutraSweet or Equal), D-Tagatose (Sugaree), Saccharin (Sweet 'N Low) and lastly, Sucralose (Splenda). Before approval from the FDA, researches results showed that some of these artificial sweeteners (saccharin is one of them) had the potential to cause bladder cancer. Moreover, Aceslulfame-K, the active component in Sunett, had been proven to induce insulin secretion in rats, depending on the consumed dose. However, this effect could only be observed in humans if each person consumed 1,343 12-oz cans of artificially sweetened soft drinks per day; which, frankly, is humanly impossible. Sucralose, the active component in Splenda; has also been subjected to some researches in the same field. It was claimed to affect the thymus gland (important immune system regulator) if used on a long term basis; and was also linked to DNA damage in humans. However, other researches demonstrated that this was only possible if sucralose was consumed in extremely large quantities; that is about 11,450 packets (136 g) per day, for each person. In 1958, Saccharin was put on the list of carcinogens by the FDA, after studies had shown that it was responsible of inducing cancer in rats. However, this was changed in 2000 when scientists demonstrated that because the rats’ metabolism and human metabolism differ; there was no risk of developing cancer (in humans) even with large consumption of saccharin. And this is where we are today.  Nevertheless, despite the FDA’s approval for the use of those artificial sweeteners, there are still considerable health risks that remain, and which are not spoken about.

Why Should You Limit Your Use of Artificial Sweeteners?

First and foremost, artificial sweeteners are “artificial” as their name clearly suggest. And anything that is not natural has a potential harmful effect on the body; and this despite all the good it is claimed to produce. Artificial products are much more difficult to excrete than natural products. They cause the liver and kidneys to overwork, and sometimes cannot even be completely broken down. Undoubtedly, their accumulation can cause serious issues, at long term.

Secondly, we mentioned that sugar substitutes were mostly used by people who want to lose weight, as well as diabetics. In the specific case of diabetics, exercise can tremendously contribute to reducing their blood sugar level, simply because the exercising muscle needs more energy (sugar) to function. This is why exercise is medically recommended for diabetic patients. However, sugar substitutes actually give less energy than sugar, which again is a problem; and this goes against the desired effect of exercise for diabetics.

Furthermore, a 2005 study made by the University of Texas’ Health Science Center (San Antonio) proved that people who consumed high amounts of diet soda were at an increased risk of weight gain and obesity. However, it wasn’t clearly determined whether or not that risk was associated with the presence of sugar substitutes in those drinks, or something else.

In addition to the aforementioned disadvantages of artificial sweeteners, we can also make mention of their limitations. In other words, not everyone can afford to consume sugar substitutes, even if they need to. For instance, they can provoke life-threatening reactions in people who are allergic to some of their compounds. This is the case for saccharin, which is a sulfa-sweetener (contains sulfur) and should not be consumed by people with sulfa-allergies. Moreover, people suffering from phenylketonuria (a metabolic disorder in which one is unable to breakdown phenylalanine, leading to its accumulation) cannot consume Aspartame, which contains phenylalanine.

When all is said and done, it is up to each customer to decide whether or not artificial sweeteners is good for them. Needless to say, the natural and safest tendency will always be to direct ones’ choice towards a more natural product, such as liquid Stevia for sweetening purposes; because this is what Nature gives to us, a gift that we will never need to repay.