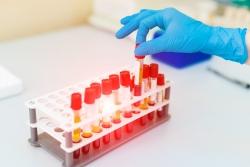 Currently, there is a lack of data relating to glycemic parameters and their relationship with C-peptide (CP) and proinsulin (PI) during the partial remission period (PRP) in type 1 diabetes mellitus (T1D).

The aim of this study was to evaluate glycemic parameters in children with T1D who are in the PRP using intermittently scanned continuous glucose monitoring systems (isCGMS) and to investigate any relationships between CP and PI levels.

Although the mean glucose and time in range during the PRP was better than that in the non-PRP group, the glycemic variability during this period was not as low as expected. While the CP levels showed an association with TIR during the PRP, there was no correlation between PI levels and glycemic parameters. Further studies are needed to determine if PI might prove to be a useful parameter in clinical follow-up.